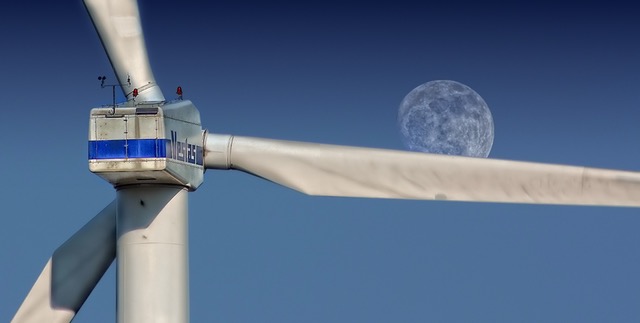 The weather last week can be summed up in one word – British. We’ve had glorious sunshine, biting winds and pounding rainfall. The welcome result of this of this cacophony was a perfect storm of non-fossil fuel based energy generation. On Wednesday, the UK generated more energy through renewables than we did through gas and coal combined for the first time ever.  A total of 50.7% of the UK energy was supplied by non-fossil fuels according to the National Grid.

This comes at a key time; over half of the world’s coral reefs are dead due to the warming of the oceans, with the rest of it predicted to die within 30 years. Huge cracks rend the arctic ice causing polar bears and penguin numbers to dwindle as the ice they depend on diminishes year on year.  At our current rate the world is on track to exceed the 2.0 C. threshold for global warming by 2050. We have already increased by 1.0 C. above the pre-industrial benchmark and we expect to see our first year at 1.5 C. While the Paris agreement pledges to keep global warming “well below” 2.0 C, it is hard to say if we have entered the climate change race too late to win.

This explains the strong reaction from the world to Trump’s withdrawal from the Paris agreement. (See our recent blog post “Nobody Laughing” article) The world is finally recognising that global warming is real and it is here. This has been echoed by new global data, that the world renewable energy capacity was boosted by a record amount in 2016 and is set to continue the trend. The new renewable energy capacity installed worldwide in 2016 was 161GW, a 10% rise on 2015. New solar power provided the biggest boost – half of all new capacity – followed by wind power at a third and hydropower at 15%. It is the first year that the new solar capacity added has been greater than any other electricity-producing technology. “Trump’s withdrawal of the US from the Paris agreement is unfortunate,” said Christine Lins, executive secretary of REN21. “But the renewables train has already left the station and those who ignore renewables’ central role in climate mitigation risk being left behind.”

So, there is hope – but reports still point to the same thing: we need to do more and we need to do it fast.That being said, as more businesses and governments see the financial and environmental benefits of investing in renewables, we are still in the race (see “The brighter side of May” article). Because this is what has been realised – Renewables are in reality far more financially viable than fossil fuels.Christiana Figueres, the former UN climate chief, who delivered the Paris agreement and is now convenor of Mission 2020, said: “The economic case for renewables as the backbone of our global energy system is increasingly clear and proven. Offering ever greater bang-for-buck, renewables are quite simply the cheapest way to generate energy in an ever-growing number of countries.”

So maybe it is time now for us all to join the fight and see how we can jump onto renewables revolution, not just because it’s good for our planet and our children’s planet, but because it’s also good for our bank accounts. Even if you don’t believe in climate change, believe in ever increasing energy costs and believe in free & unlimited energy for you and your business.

Join the fight! Contact our OPTIM-eyes team today to see how you can join the renewables revolution for the Planet, the polar bears and your bank account.