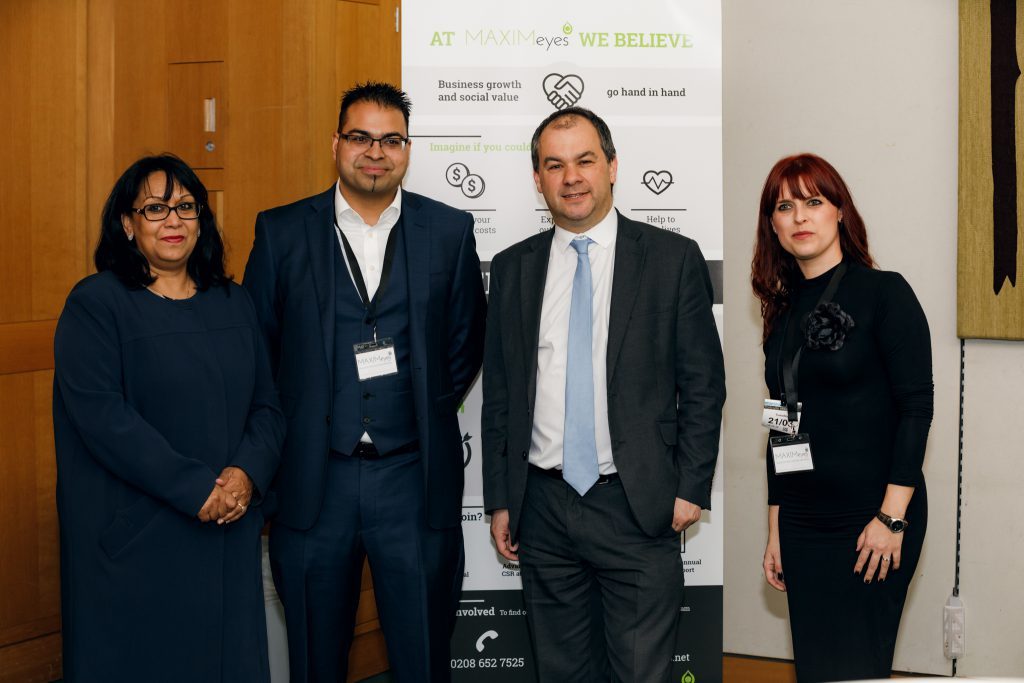 At maximeyes, we believe in a world where people can keep warm when it’s cold. We believe that people should have access to the energy they need to live decent lives, regardless of income, disability, age or social status. We know this is an idealistic notion which is under threat because many are trapped in a cycle of poverty which prevents them from fuelling their homes to maintain basic warmth in winter.

Sadly, it’s those in our society who are least able to cope with the cold that are most likely to suffer from it. Young children in low income families, single parents and the elderly. As a company, part of our purpose is to drive forward a sustainable energy future and this has inspired us to take action.

THERE ARE 4.5 MILLION HOUSEHOLDS WHO ARE FUEL POOR. ALMOST 10,000 PEOPLE DIE EVERY YEAR FROM THE COLD IN THE UK

It may come as a surprise to hear that in the UK there are almost 10,000 people who die every year from the cold. That’s 27 preventable deaths a day! In the time it’s taken to read this article, it’s quite possible, even probable, that someone, somewhere in this country has died because they didn’t have access to the fuel they needed to keep their home warm. Many of them face a choice between heating and eating.

According to recent statistics, there are about 4.5 million households in the UK who are considered to be fuel poor. Going on the basis that the average household is made up of 2.2 people, that’s almost 10 million people or roughly 15% of the entire population!

Sara McKee, Chair of FILT, said:  “Millions of people are living in houses that are not-fit-for-purpose and they don’t have the means to pay to make their homes more energy efficient. This leaves them at risk of illness and people can die. You only have to look at hospital A&E departments and winter mortality rates to see the impact fuel poverty can have on someone’s health.

Aside from the direct loss of lives, there are wider costs to society. For example, among children living in fuel poverty, there’s a much greater risk of health problems, especially respiratory problems. They also suffer lower weight gain and lower levels of adequate nutrition, not to mention poorer educational outcomes. The cost to the NHS is estimated at £1.35bn while the cost of lower economic productivity is equally damaging but harder to quantify.

MORE CAN BE DONE TO HELP. WE WANT TO CREATE A MOVEMENT OF BUSINESS ACTING AS A FORCE FOR GOOD.

While we know that the government have set out plans to try and address fuel poverty, we also know that it its incidence is rising. There is more that can and should be done and instead of waiting for a top down solution, we want to create a movement of business acting as a force for good, we want to take action!

“We help thousands of people stay safe, well and warm in their own homes, but that’s a drop in the ocean.” – says Sara McKee, Chair of FILT. “There are nearly 2.4 million households living in fuel poverty and we have an army of handy-persons who want to help them.  It’s the support we receive from corporate initiatives like Fuel the Change from maximeyes that will enable us to lift more people out of fuel poverty forever.”

We want to tie our success directly to the amount of help we can offer to those who suffer and create a virtuous cycle between growth and social impact. We believe this will be both good for business and good for society and we are proud and excited to be part of a new paradigm in business.

Our immediate goal is to help lift 1,000 homes out of fuel poverty by 2020. We know we can’t do this alone and we want to invite the help of dedicated partners to make it happen.

maximeyes have already teamed up with the FILT – Foundations Independent Living Trust whose expertise and contacts they use to reliably comprehensive solutions to the most vulnerable people in the UK.

maximeyes have put together a “seed fund” to deliver an initial program of works to four families suffering from fuel poverty. Two projects have already been completed.

We are constantly developing a target list of companies who are passionate about making positive change, using business as the vehicle, who can also benefit from the services which maximeyes provide.

“Fuel poverty is a real problem for a small but significant number of my constituents and others across the country. As a former businessman myself, I fully endorse the innovative, business led approach adopted by maximeyes to tackling this issue. Businesses can and should be a force for social good. Profit and social responsibility does not have to be mutually exclusive. I believe that in conjunction with action taken by this government ‘Fuel the Change’ can be a big part of the solution to this stubborn problem.”

JOIN IN THE FIGHT AGAINST FUEL POVERTY.

To find out more about Fuel the Change and how it works, check out or infographic below or     visit our dedicated website section.